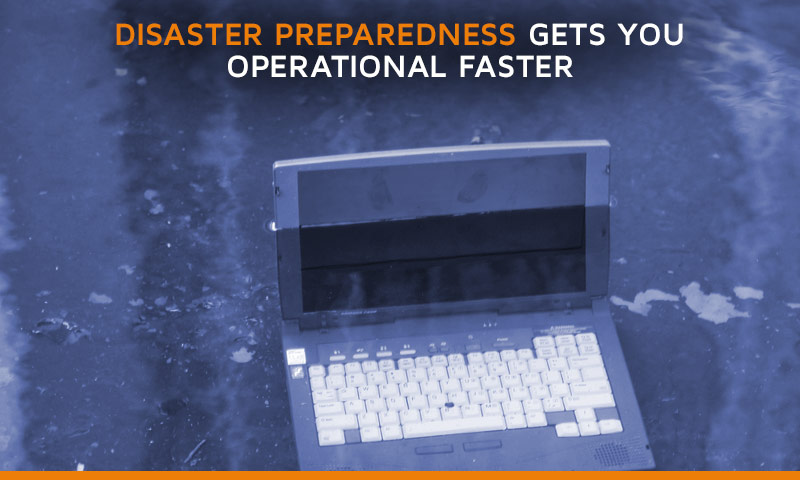 Sometimes it’s a small thing that causes a disaster

A cigarette carelessly flicked by a passing pedestrian started a fire at the Staten Island Chamber of Commerce office on Bay Street on a Saturday last September.

Linda Baran, the CEO, was at home when the alarm went off. Linda raced to the scene. When she arrived, the fire department had put out the blaze, but smoke was still pouring from their building.

Linda is no stranger to disaster. The Staten Island community was one of the worst hit during Superstorm Sandy back in 2012, which caused $62B in damages.

Thankfully from Sandy at least, the Chamber of Commerce emerged undamaged. This time, they weren’t so fortunate.

“We were fortunate. The fire damage wasn’t that extensive because they caught it right away. It was a Saturday. People were around and saw smoke and the Fire Department acted quickly.”

No one was hurt, but the offices suffered extensive damage. The new roof was damaged in 4 places. Doors were broken through. The wall of the bookkeeping office had a gaping hole in it. And bookkeeping is where they housed all of their vital records.

But the real damage was from the water used to put out the fire.

How Disaster Preparedness got the Chamber operational faster

Luckily, the majority of their information was stored on the cloud. Everything except Quickbooks was on their server, but since they have a backup they were able to retrieve vital information from the cloud server.

Physical documents, also in the bookkeeping office, just had to dry out, and there wasn’t much permanent damage.

The Staff and The Aftermath

Saturday, the entire staff came into the office to enact their disaster recovery plan by assessing the damage and seeing what could be salvaged. They wondered how they were ever going to get back to work.

Because their data was saved in cloud storage, people were able to work from home.

Linda reached out to one of her contacts through the chamber. A local developer had free space they could use as a short-term workspace on the other end of Bay Street. The staff salvaged what they could from the wreckage and moved into the new space. They got their physicals up and running and became operational in a matter of days.

But they needed to lease a space to get them through the long term while their offices became fully operational again.

Linda met the team at Telehouse shortly after the fire at an event at the Teleport. Once they learned of the Chamber’s situation, Telehouse offered an 1100 Sq Ft space that met their needs perfectly. Linda at her team moved to their present location at the Telehouse facility and await the reconstruction of their offices.

The Chamber subscribes to Managed Services, which facilitated the migration of the remainder of their data: member records, accounting information, and vital documents.

It is now mid-February 2016. The building is still not operational. Linda and her team are still working through the details with the insurance company.

The Chamber is still in the process of getting bids for repairs. They’re also getting reimbursements for replacement purchases.

“You have to provide an expert opinion from someone you work with. We gave the adjuster appropriate reasoning as to why we got that equipment. We’re almost at the end of the cycle. It’s important to track everything you spend.”

Though it has taken time, this has gone smoothly.

“We went through Sandy here. When you’ve been through that, you prepare for the worst.”

Some people in the business community are still recovering from Sandy. Insurance companies paid resident claims. Businesses have had a tougher time. Because of the storm, the chamber has always been aware of the safety of their data.

Our thanks to Linda Baran for taking the time to share how the Chamber is getting back to normal.

How to Incorporate Disaster Preparedness

1.Back up your data.

Making certain most of their data was backed up on cloud storage allowed the Chamber staff to continue work despite not having physical access to their offices.

2. Photograph your equipment and store those photos in a safe place.

Having records and receipts of purchases speeds up reimbursement for replacement of business-critical equipment.

Because firefighters put out the fire quickly, the insurance company was able to see that the copier and the 2 computers did exist. Had the damage been more extensive, that might not have been the case.

3. Create a Disaster Recovery Plan and practice it

When confusion hits, knowing what to do can save time and a lot of money. Practicing the steps with staff will speed up the process of recovery.

4. Have a backup location away from your office to go.

Remote access allowed the staff to continue working right away.

The Staten Island Chamber of Commerce has done an admirable job as a team serving local businesses throughout the recovery process. They are aware of what’s involved. Helping their members to recover from Sandy has been instrumental in their preparation.

“The Staten Island Chamber of Commerce is extremely thankful for Telehouse’s partnership and for going out of their way to expedite and accommodate the Chamber and its staff by providing a state of the art facility during the renovation of the Chamber’s headquarters at 130 Bay Street.”, says Linda Baran, President, Staten Island Chamber of Commerce.

As a chamber, Linda’s team has enjoyed near seamless continuity throughout the 4 months they’ve been rebuilding.

If you have questions about disaster preparedness or your disaster recovery plan, talk to your data center provider.