Data Center/ AI Stories You Might Have Missed Last Year 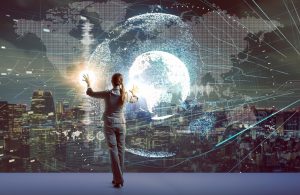 The rapid progress of artificial intelligence (AI) is impacting the global data center industry in multiple ways. Colocation service providers are looking at ways to use artificial intelligence for energy efficiency, server optimization, security, automation, and infrastructure management. As an owner of data centers in New York, Los Angeles, Paris, and other prominent global locations, Telehouse is interested in the advancement of AI in the global data center space. Here are some stories that captured our attention last year. We think these stories will have far-reaching impact.

Google’s announcement of Tensor Processing Unit (TPU) on the Google Cloud Platform probably received the most press. TPU is optimized for TensorFlow, the open-source application for machine learning. NVIDIA’s graphics cards are already in big demand for machine learning applications. But it has unveiled the Volta GPU architecture for its data center customers.

ARM processors are generally known for their use in low-power mobile devices. But it is taking a stab at the Data Center AI market with two new offerings: Cortex A-75 and Cortex A-55.

With the big names in the hardware industry fighting for dominance, global data centers will have a plethora of hardware choices for AI applications.

Personal Assistants Are Driving the Demand for AI Processing

Amazon Alexa, Google Assistant, Apple Siri and Microsoft Cortana are competing with each other to gain the next-generation of users. As more people start using voice queries and personal assistants, it is changing the dynamics of internet search. The change is significant enough to threaten Google’s dominance. If future users move to voice for daily searches, Google has to rethink their advertising strategy. The winner of the personal assistant battle can end up owning the future of e-commerce.

Artificial intelligence is the backbone of the personal assistant technology. According to a Consumer Intelligence Research Partners (CIRP) survey, Amazon has sold more than 10 million Alexa devices since 2014. Because the personal assistant market is lucrative, innovative startups will try to disrupt the space. And these newcomers will require massive data centers to handle their AI processing needs. As the number of related devices and applications proliferate, the need for global data centers with AI capabilities will also increase.

Facebook’s do-it-yourself (DIY) approach to AI hardware might become the model for colocation service providers. Facebook uses artificial intelligence for speech, photo, and video recognition. It also uses AI for feed updates and text translations. So they need hardware that can keep up with their increasing AI requirements.

Big Sur GPU server was Facebook’s first generation AI-specific custom hardware. It was a 4U chassis with eight NVIDIA M40 GPUs and two CPUs with SSD storage. Facebook learned from their experimentation with this hardware configuration. They took that learning and used it to build the next-generation Big Basin architecture. It incorporates eight NVIDIA Tesla P100 GPU accelerator and improves on the Big Sur design. The added hardware and more modular design have given Big Basin a performance boost. Instead of 7 teraflops of single-precision floating-point arithmetic per GPU in Big Sur, the new architecture gets 10.6 teraflops per GPU.

The Big Basin design is open-sourced through the Open Compute Project. Compared to Big Sur, it provides 100 percent improvement in throughput. The open-source specifications can help other data centers take advantage of Facebook’s efforts. It shows that companies can take matters into their own hands and design their own data center hardware specifications for artificial intelligence.

Possible AI Workload Transition from the Cloud to Mobile

Artificial intelligence applications with centralized resources have to deal with the issue of latency.  In time-critical applications, the latency might cause severe problems. So application designers are trying to move computation to the edge of the network or nearer to the application end-point. It is called edge computing or fog computing.

Edge computing is moving AI workloads from central clouds to mobile devices. Artificial intelligence applications like personal assistants and smart cars depend on central data centers to process big data and provide support for AI workloads. But new chips and software on mobile devices are able to take on these tasks. Rather than sending the workloads to large data centers or the cloud, AI applications are distributing them to the mobile processors. Aipoly, a vision smartphone app for the blind, can run AI processes like convolutional neural network for image recognition.

Of course, there is speculation that the new edge technologies will decrease the relevance of data centers. But it might be premature to say so. Even though edge computing technology is making progress, it is not mature enough to handle the massive data crunching needs of AI applications. Data centers still have to help with AI computations.

Global data centers are supporting the advances of the modern age. The above stories show us how disruptive innovation of artificial intelligence is affecting the industry.