IPv4 vs. IPv6: How the Upgrade Improves Routing Efficiency 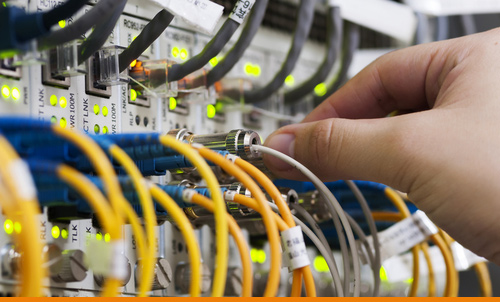 “An Internet Protocol (IP) is a set of technical rules that defines how computers communicate over a network. There are two versions—IPv4 and IPv6.

IPv4 was developed in the 1970s and was the most widely used version. It’s the foundation protocol for the global Internet. It’s used by every company to connect to the Internet and accounts for most of today’s Internet traffic.

When it was developed its 4.2 billion Internet addresses were not intended to accommodate a commercial Internet.

Even with repeated extensions, IPv4 is running out of numbers,” ARIN.net, Deploying IPv6.

How Many IPv4 addresses are left?

ARIN, The American Registry for Internet Numbers, currently has only 292 number blocks remaining in the IPv4 inventory, and they’re going fast. That’s due to devices like computers, phones, smart TVs, and gaming consoles gobbling them up faster than anticipated. Without more IPs, the Internet could grind to a halt.

Arguably, the biggest challenge isn’t the simple 3-4 devices / per end-user model. The looming zero-day of number depletion is the pending mushroom of numbers required to register the Internet of Things (IoT).

The solution to this problem is IPv6.

Begun in 1993 and completed in 1999, ARIN has already designed and implemented a solution. They’ve also been busy behind the scenes reconfiguring the Internet for the pending transition.

Both protocols will co-exist for many years to come using a “Dual Stack” network. Ultimately, IPv4 will be phased out as migration to IPv6 is deployed. The industry will need to continue support for IPv4, as the network management tools used in IPv4 may not work in IPv6.

By including code for both IPv4 and IPv6 into the routing system, they’ve solved the problem in advance—at least in the short term.

The NYIIX Peering Exchange facilitates both numbering protocols for their members.

How To Harmonize IPv4 and IPv6

Dual Stack is one key to harmonious coexistence between IPv4 and IPv6.

When configuring router interfaces, addressing and routing protocols include both protocol numbers.

Tunneling is another way to allow both. A tunnel is constructed within an IPv4 region of the network, over which encapsulated IPv6 packets can be sent.

IPv4 vs IPv6: Side-by-Side Comparison of the Two Numbers

One notable difference between the two Internet Protocol versions is that IPv4 uses a Dotted Decimal Notation while IPv6 uses a Hexadecimal Notation. On the surface, it might seem that the IPv6 address format has a higher complexity and could clog things up from a routing perspective, but the subgroups of IPv6 actually enable faster delivery.

IPv6 generates a 128-bit address, while IPv4 creates 32-bit addresses, so there will be room to grow with the new system.

Here’s a breakout of the sections of an IPv6 number.

What each section of the IPv6 number represents:

The potential number of addresses to be covered in this new system is 2^128. That should hold end users for a while.

The prefix allows ISPs to group their customers into a single-prefixed group, which reduces the size of routing tables out of the gate.

IPv6 used fewer hops, despite the fact that the IPv6 numbers are going through a tunnel.

Simplified header removes steps needed to process packets. This feature found in IPv4 is redundant at the IP-level since it’s already in the link and transport layers.

Substantial packet streams sent to multiple destinations at the same time distribute loads and save bandwidth.

The Host generates part of the address speeding up process.

The unavoidable switchover to IPv6 number blocks is near. The Internet is preparing for the transition to expanded packet management.

Here’s a snapshot of the percentages of those who have made the switch.

Pain now or pain later—it’s probably easiest to have IPv6 numbers in place to avoid the mad rush when procrastinators realize that the IPv4 flow has dried up.