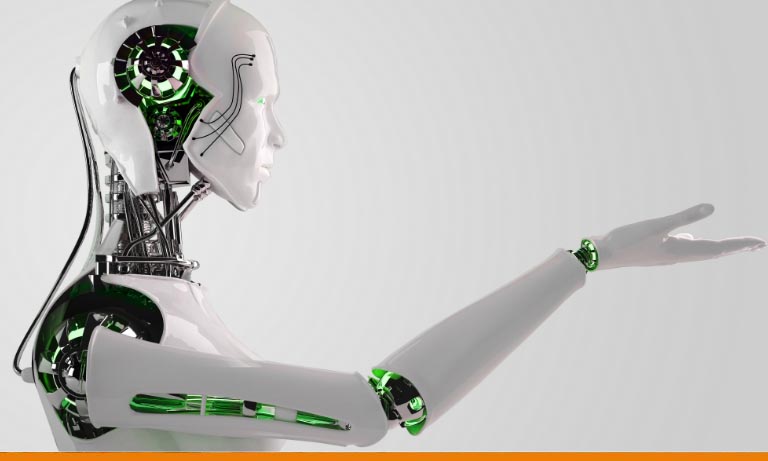 The word ‘robot’ was first heard in a 1920 Czechoslovakian theater production to describe human-like machines that were created to work in a factory. Thereafter, including Fritz Lang’s 1927 sci-fi masterpiece, “Metropolis,” with its female robot ‘Hel,’ to Steven Spielberg’s 2001 movie, “A.I.,” and its Mecha, advanced androids capable of emulating human thoughts and emotions, to Arnold Schwarzenegger’s “Terminator” franchise, robots have appeared in films, on television and in literature as agents of good and evil.

While the definition of the word robot means “drudgery” or “hard work” in Czech, organizations today are applying robotics to specialized data center applications in an effort to eliminate the sweat, cost and toil associated with day-to-day facility administration.

The biggest business driver to deploying robotics in the data center is the need for greater levels of efficiency. Companies are always looking for ways to make their IT infrastructures more agile and less costly, and robotics has been identified as a means to add more automation to achieve these goals. Additional potential benefits include IT staff head-count reduction, improved security and the increased accuracy of monitoring that automation brings.

According to EMC, cooling alone can account for 60 to 70 percent of data center power costs, economic liabilities that can put organizations at risk as they buy more capacity than needed and overcool their systems. Around 85 percent of data centers also mismanage the provisioning of infrastructure, which also increases energy consumption.

IBM and EMC are using iRobot Create, a customizable version of Roomba, to build robots that patrol data centers and keep track of environmental factors such as temperature, humidity, airflow and asset management. One basic mode of operation of IBM’s robot is to traverse the data center, stopping intermittently to take temperature readings. As the robot incrementally tours the data center aided by a webcam mounted approximately 30 inches above the floor, it wirelessly sends real-time updates to a monitoring and asset management tool that graphically displays a thermal map of the facility.

EMC’s Data Center Robot patrols for temperature fluctuations, humidity and system vibrations, and locates sources of cooling leaks and other vulnerabilities. EMC’s robot collects data via digital sensors, which it also sends through a Wi-Fi connection for processing. An algorithm then converts the temperature data into a thermal map, which can be used to identify anomalous hot and cold spots in data center aisles.

Meanwhile, web hosting firm PayPerHost has developed an early concept for fully autonomous robotic data centers that reduce energy consumption by replacing inefficient human activities. The idea for the company’s ‘RoboNodes’ also arose from the need for more efficient IT infrastructure. RoboNodes are on-rail robots that will replace custom storage and server nodes when they fail.

Currently, both Facebook and Sony use robotic units in their Blu-Ray Disc-based media storage archives. Once again, the motivation here is energy and operational cost reduction. Using a robotic picker to store, sort and retrieve data archived on disks, Facebook’s projects its system will reduce cost by 50 percent as compared to traditional data storage methods and use 80 percent less energy.

In all of the use cases cited above, robotics is assisting businesses to mitigate their overall data center footprint and limit the complexity of infrastructure — not to come back to save or take over the world. In the near future, we can anticipate that broader robotics applications in the data center will increasingly be taking physical form.

With the advent of Cloud computing and Telehouse’s ongoing strides toward virtualization, effectively managing IT infrastructure now calls for utilizing technological advancements such as automation software, more robust systems and vigorous planning to achieve efficiency and resilience in the data center.

And as for android data center managers? Not likely, but time will tell.