Updating an Operating System can be a lot like getting a root canal. The process is painful, but afterwards you enjoy better health and the discomfort goes away.

Microsoft released Windows 10 on July 29, 2015, and their latest OS update offers features some experts think will make the process worth the effort.

This is not just another Windows update. The long-range benefits and global changes found in Windows 10 will take end users through the foreseeable future.

There are many features too numerous to list, but here a few highlights:

• The familiar home page tiles are the same but are now customizable, allowing you to build your own dashboard
• The OS is designed to work on any device
• Deployment is automated through “provisioning”
• “Cortana” voice command is more accessible
• AppX brings new capabilities to integrate without having to change your code
• Apps update without a prompt or restart on a per user basis
• Edge browser will display HTML5 better
• Security is tighter

If you have a previous version of Windows, you can get the Windows 10 upgrade at no cost.
So there’s nothing to prevent people with earlier version of Windows from going with Windows 10.
It makes the job of the IT Admin easier. The more people adopt Windows 10, the easier it’ll be to assist end users with BYOD and BYOPC. When everyone has the same OS, you spend less time debugging various systems. 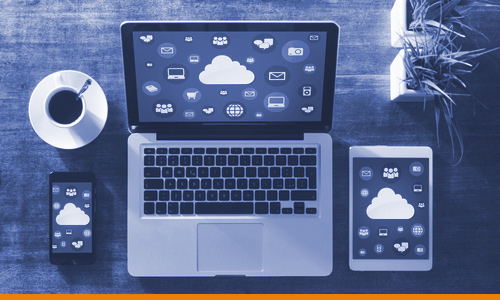 One of the big obstacles companies had in the past was the incompatibility issue of legacy applications.

Because of their dependence on the Win32 Kernel, used to construct enterprise desktops, applications based upon Win32 will work unmodified in a Windows 10 environment, a very big plus.

The Distinction Between Universal and Legacy Applications

Developers depend on Legacy Applications like Win32 to build out desktop applications.

Developers write Universal Applications to run on a wider range of devices—desktops, tablets, and smart phones.

Windows 10 supports device compatibility, and developers will be happy with new features that foster development on both universal and legacy applications.

In some instances that replaces a password. Not necessarily a good choice for systems that require high levels of encryption and privileged users, but good for basic applications. 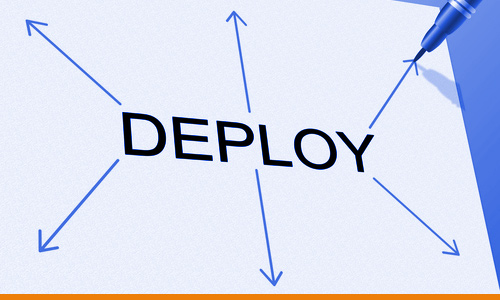 When is The Best Time to Deploy Windows 10?

Mark Margevicius’ VMware End-User Computing Blog survey of IT Administrators shows 35% administrators don’t plan to roll out Windows 10 until mid-2016—at the earliest and most even later.

No doubt they’re waiting to see what kind of bugs surface before undertaking the task.

Upgrading an OS for enterprise is complex because it has to work with existing sophisticated applications and software on multiple users machines. Upgrading by an IT team can be time consuming, buggy, and therefore costly. Compatibility is an issue—is there an easier way?

The answer is yes.

Provisioning and Package Creation Are at the Core of Deployment

Deployment is all automated through “provisioning.” Users can now self-provision their own devices, saving a lot of calls to beleaguered IT staff. Users create a provisioning “package” which can include settings, profile, assets (applications, documents, images, certificates etc), which is then applied to your device, even without an Internet connection.

There are 3 options for deploying Windows10:

Note: You can suspend Bitlocker on installation to make deploying easier

For those who want all the details on Getting Started with Windows10, check out the Microsoft Virtual Academy here