Everyone has taken a ride on the ferry, but do we really know the rest of the Staten Island story? Sometimes called “The Forgotten Borough” because residents feel neglected by city services, New York’s third largest borough is more than just a free ride.

The only other NY island

Because it’s an island like its big sister, Manhattan, the borough formerly known as Richmond has developed it’s own unique character. Though Staten Island can’t boast an iconic skyline or Theater District like Manhattan, nor a historic ballpark like they have in Queens or the Bronx or the chutzpah of Brooklyn, that’s what residents like about it.

Staten Island is home to a thriving business community, a culinary and cultural scene, and it has over 25% green space. Some of the city’s most beautiful beaches and parks are here. People who work in Manhattan but love the outdoors find Staten Island offers the best of both worlds. You’ll find a convergence 63 neighborhoods, many Victorian homes, and an strongly bonded feeling of community by the nearly half-a-million people who call it home.

Transportation to the city and to New Jersey is surprisingly easy 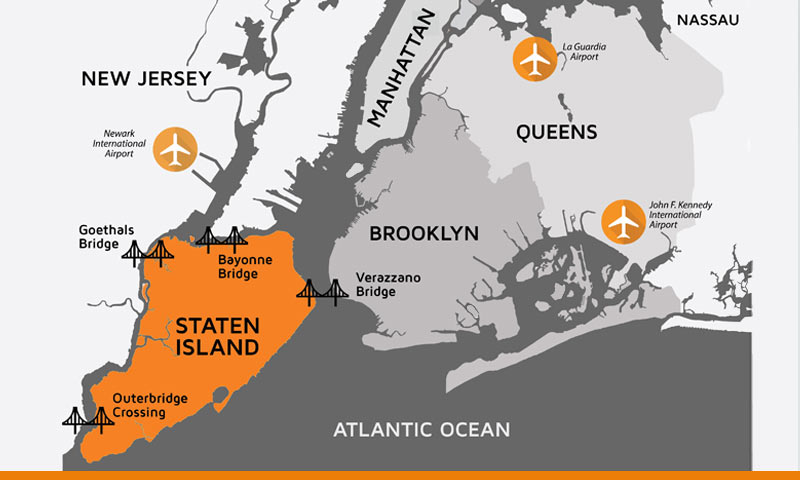 With 4 bridges, the ferry, and reliable public transportation, connectivity to downtown Manhattan, Brooklyn and New Jersey is unique to Staten Island. Staten Island is the closest gateway to the mid-Atlantic states. The Goethals and Bayonne Bridges are soon to be rebuilt to be state of the art.

Newark Airport is only 20 minutes away. You’re also only a half hour away from Metropark in Iselin NJ, to connect with the Amtrak line

That’s why we chose Staten Island for our own Data Center facility.

The strategic location of The Teleport is out of the hustle of downtown Manhattan, while remaining in close proximity to the heart of business in New York. Many of our staff live here and love the lifestyle. 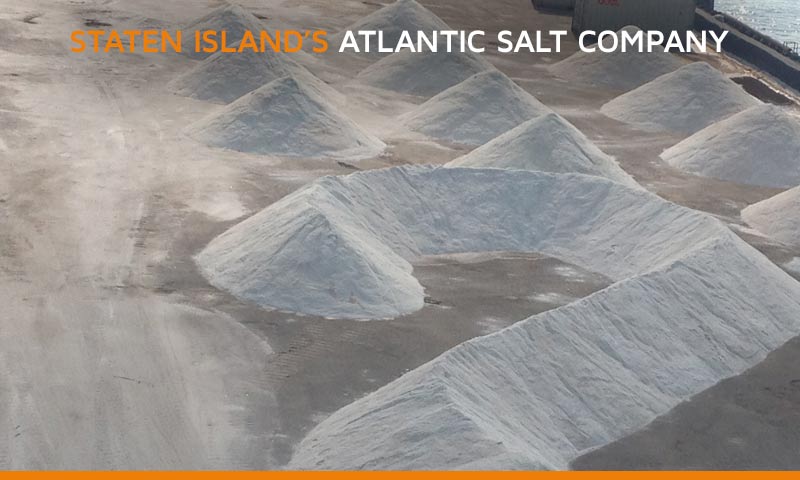 Staten Island has a thriving business community. The mammoth waterfront offers huge warehousing facilities which cater to the shipping industry. The Port Authority supports the container terminal, which is part of the global terminal in New Jersey. You can also find one of the largest Maritime Support Services complexes on the east coast right here on Staten Island. The Coast Guard has a strong presence here.

In case you were wondering where all that road salt comes from, Atlantic Salt is headquartered here at their historic Richmond Terrace facility. They mine salt all over the world to provide road salt for the metropolitan area.

The largest growth industries in recent years are health care and social assistance; retail; accommodation and food services; construction, and transportation and warehousing. The Staten Island Chamber of Commerce is very active in building the business community here.

Construction of the world’s largest Ferris Wheel and Empire Outlets retail project is underway. As part of a massive waterfront development project, it is expected to be a major tourist attraction in 2017. 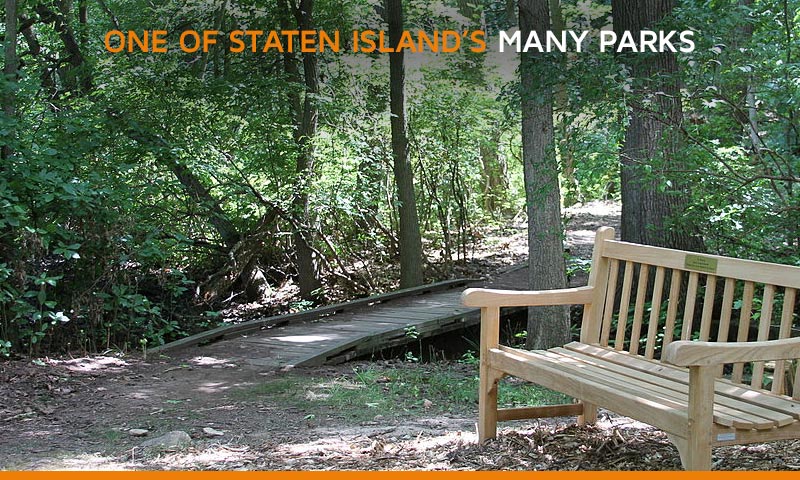 There is so much to do on the Island, from the seashore in South Beach to 19th Century Historic Richmondtown to hiking in The Greenbelt. Many attractions are a short walk or bus ride away from the ferry terminal and the congestion is much less that other NY recreational sites. See more here:

With a population of about 35% Italians, you can find great authentic Italian food here. Goodfellas Pizza was voted World’s Best Pizza, definitely worth a trip for a slice. More great places to eat in Staten Island:

College life away from the intensity of the city

Staten Island has 3 colleges: Wagner College, a campus of St. Johns University, and the College of Staten Island.

“Quite often, students choose these campuses for their proximity to the lifestyle of New York but want a quieter, more focused experience away from the intensity of the city to study.” says Linda Baran, Staten Island Chamber of Commerce

That holds true for residents too, who want to work and play in Manhattan but live away from the pace of the city.

So as you can see, there is a lot more to remember about The Forgotten Borough than the amazingly still free and totally delightful ferry ride. Read more on Wikipedia